Glass-ceilings and Women in Business and Power

Glass-ceilings seem to be the universal constraint to a Woman’s impact in business and in power.

I find this a fascinating concept. We have a metaphor for the perceived barrier to women being successful. A metaphor for why women are held back from positions of power. I’ve enjoyed a varied and successful business career but have also encountered my fair share of barriers. Are they glass-ceilings? To answer that, I should first define an accepted definition of the glass ceiling. The United  States Department of Labor in 1995 defined the glass-ceiling as follows:

“The unseen, yet unbreachable barrier that keeps minorities and women from rising to the upper rungs of the corporate ladder, regardless of their qualifications or achievements.”

It says to me, that on any given day. Or in any situation, as it relates to a multitude of individuals. Or given the potential attributes and skills required for a role, glass-ceilings are individually unique. Using the generic metaphor of the glass-ceiling only serves to undermine the very complex nature of the problem.

Hillary Clinton’s recent election loss is a great case study on the issue.

In her speech after losing the election, Mrs Clinton referred to her loss as having hit the ultimate of all glass-ceilings.

Upon reflection, I simply don’t agree. 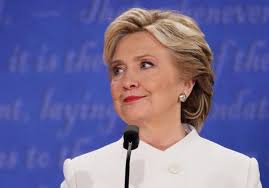 I have respect for Hillary Clinton as a successful and powerful woman. There is no doubt throughout her career she has hit many a barrier. I was also mortified by the way women and women’s rights were conveyed throughout the worst political campaign I have ever witnessed. I am convinced as a result, that there is still a very long way to go to gain balance and equity in society for women.

However, to link the democratic process and losing to the glass ceiling is a slight on too many people to be acceptable.

Did male voters not vote for Mrs Clinton because she was a woman? Probably!

Did female voters not vote for Mrs Clinton because she was a woman? Also quite probable.

Did men and women not vote for Hillary Clinton despite clearly understanding her qualifications for the role. Definitely!

The issues are more specific. They should not be hidden behind a general and misguided metaphor. The barriers for all women are highly visible.

We need Social Values founded in Balance and Equity.

I want a future where all little girls and boys grow up believing they can be anyone and anything they want to be. The only way this will be achieved is by insisting on social values based on balance and equity. In a world of balance and equity, still, there will never be as many women as heads of business or leaders of countries or in positions of immense power. Because all things being equal, there are a great many women who don’t want these roles. That’s perfectly OK.

In a world of balance and equity, we’ll acknowledge and respect that for everyone there will be times when we don’t get the opportunity despite our qualifications or achievements. In this world, it will be equally as true for men as for women. However in this world, what will be fundamentally different is how men and women are judged. In this model, it would be equally unacceptable to society for a white man who has divorced three times. Who has never paid taxes and who has been bankrupt to become the president of any country as it would be for a woman with equal attributes. 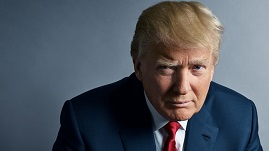 I’m not asking society to be easier on women. I think women are the fairer sex because of the high standards we are held to every day. I simply believe men should be held to the same high standard by each other.

Discrimination is not unseen. Domestic violence is not unseen. The reason many women aren’t fulfilling their life’s ambition is not unseen. It’s not a glass ceiling. It’s a society that accepts the unacceptable. Let’s not forget ladies, for the most part – we make up 50% of these societies. We can be our own worst enemies, all too often we tolerate the unacceptable. That being said, in a balanced and equitable society, we must not use generalist metaphors such as glass-ceilings, when all things being equal, we simply didn’t get the outcomes we were hoping for. Such a scenario diminishes the issues and takes the focus away from the real challenges women face. 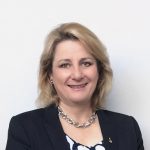 Joan MacDougal is the founder and owner of Macrison Co Pty Ltd. Prior to Macrison, Joan held senior roles at both American Express and Telstra. With 30 years of front-line marketing, advertising and communications experience, Joan brings honesty and perspective to her views on better marketing, communications and advertising. Visit Joan’s website www.joanmacdougal.com to get to know Joan a little better. For more information on our Services click here Macrison Services